Welcome back to Fashion Rocks, a series that celebrates dapper musicians across the globe. This week, we’re featuring DJ DiRTY RiCH KiDD. If you’ve been to more than three queer parties in Los Angeles, chances are you’ve seen, hung out with or heard DiRTY RiCH KiDD ​spin. ​This kid is just about everywhere… spinning hip hop at Hollywood’s newest all-girl haunt, killing the trap tracks in Weho or decked out in all 90s gear at The Grind. So, dapperQ contributor Cee Sando sat down with the Kidd to talk music, LA and life. Here’s what she had to say. 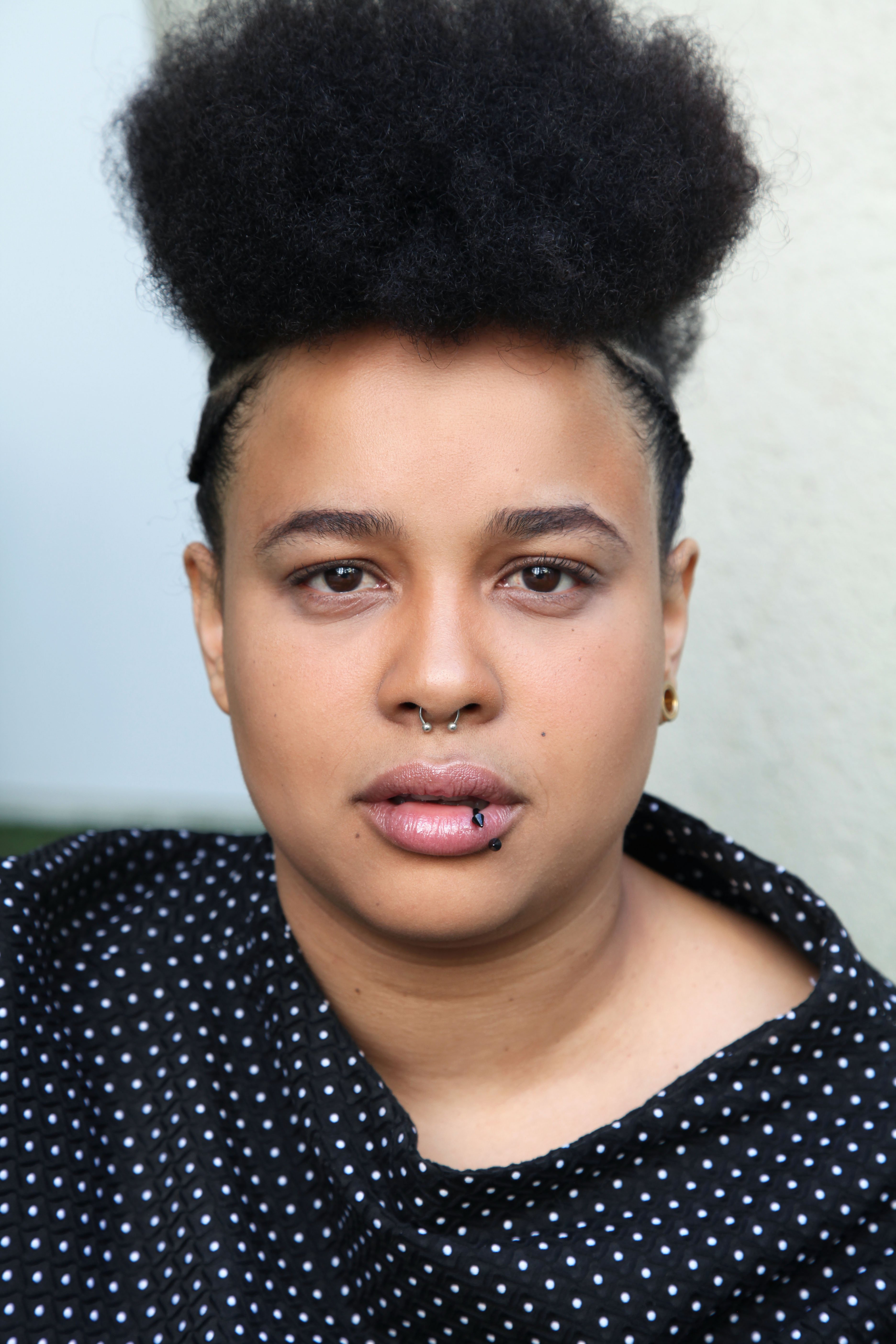 Cee: What is your definition of good style?

DRK: I love different types of styles, so it’s kind of hard for me give “good style” a single definition. To me, good style is someone rocking their look with confidence. Someone can be Coogi down to the socks ,but if they’re not confident and comfortable with themselves, it shows. It’s why I love punk style so much. My dad was a punk kid and I always thought he looked so cool in old pictures of him. Just band tees, leather jackets, dirty ripped jeans and Chucks or boots. Those punk kids always look so effortlessly cool because they really don’t give a shit. So I guess not giving a shit what people think of your style is good style.

DRK: Teenage dirt-bag. [Laughs]. Yes, so mostly band tees, ripped jeans, black or butter Timbs, leather hightop Chucks and of course my vintage leather jacket I embellished with a few buttons of Madonna, David Bowie, Cher and other bands I like. And, if I wear shorts, I always have leggings underneath. Got a pair of really dope Guns n Roses leggings that I absolutely love.

Cee: Who are your fashion/ style heroes? 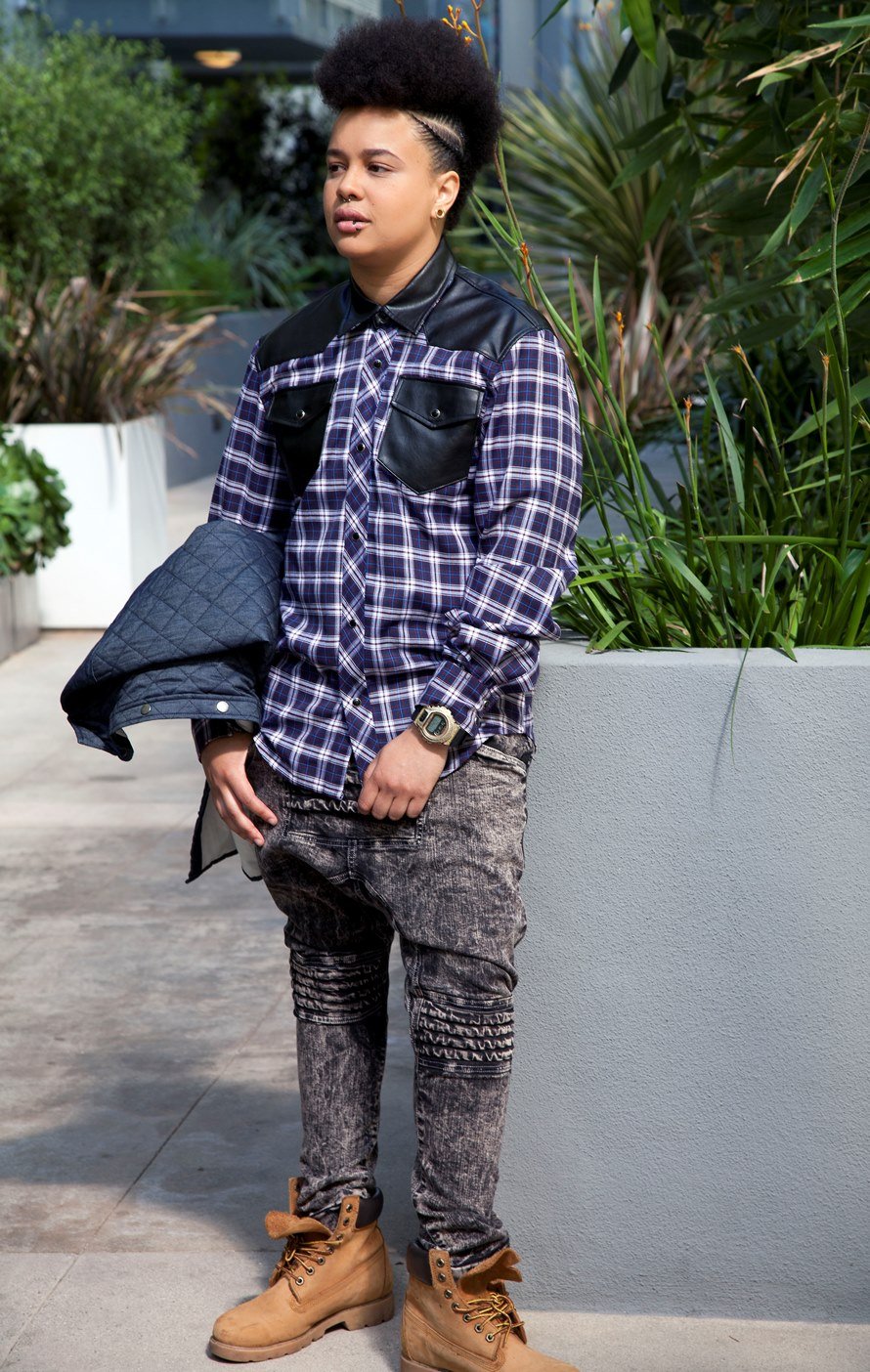 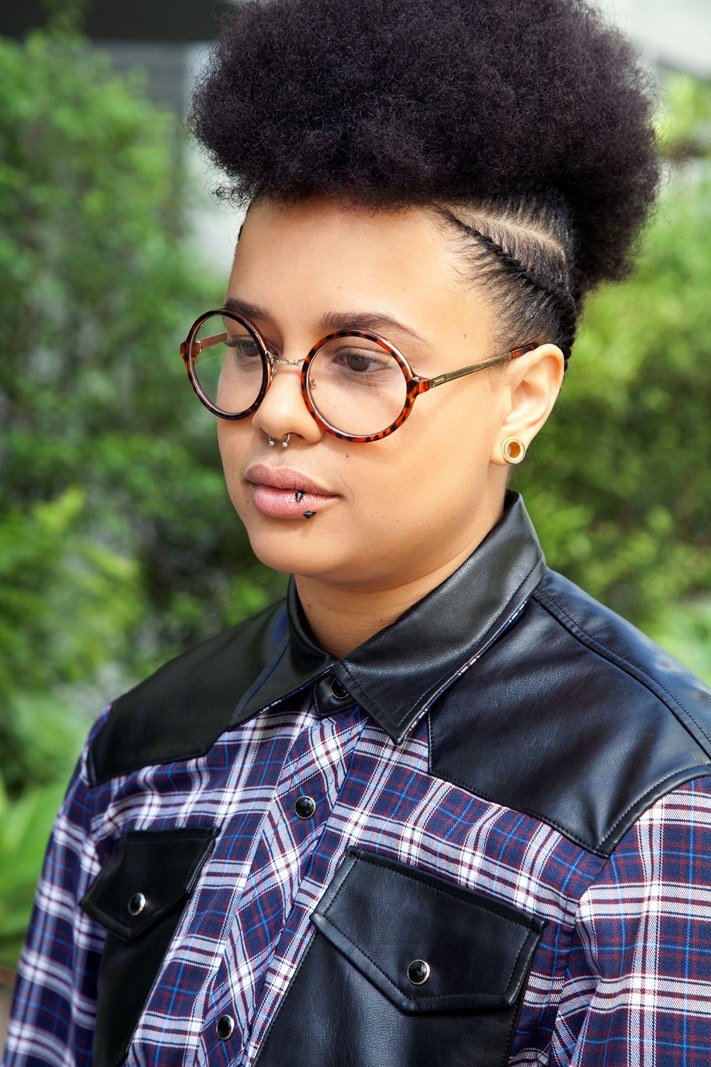 Cee: What is your go to ‘kill em’ outfit?

Cee: How long have you been DJing?

DRK: I grew up practically in the studio with my dad who produces music. I remember when the first CDJs came out I was maybe 15, so I always played around with it. But I’ve been seriously DJing since 2005. Wow, I feel old.

Cee: What is the best part of your job?

DRK: I was just talking to a friend about this. She was saying how special DJs are because we control the energy. That has to be my favorite part. I love when I see someone on the dance floor just getting their whole life. Forgetting about their past, their troubles, the shitty job they just got laid off of, heart break, worries it’s all lost on the dance floor. And as the DJ you’re responsible for that. That’s a very beautiful feeling. I always play for that person. Trust I see you. 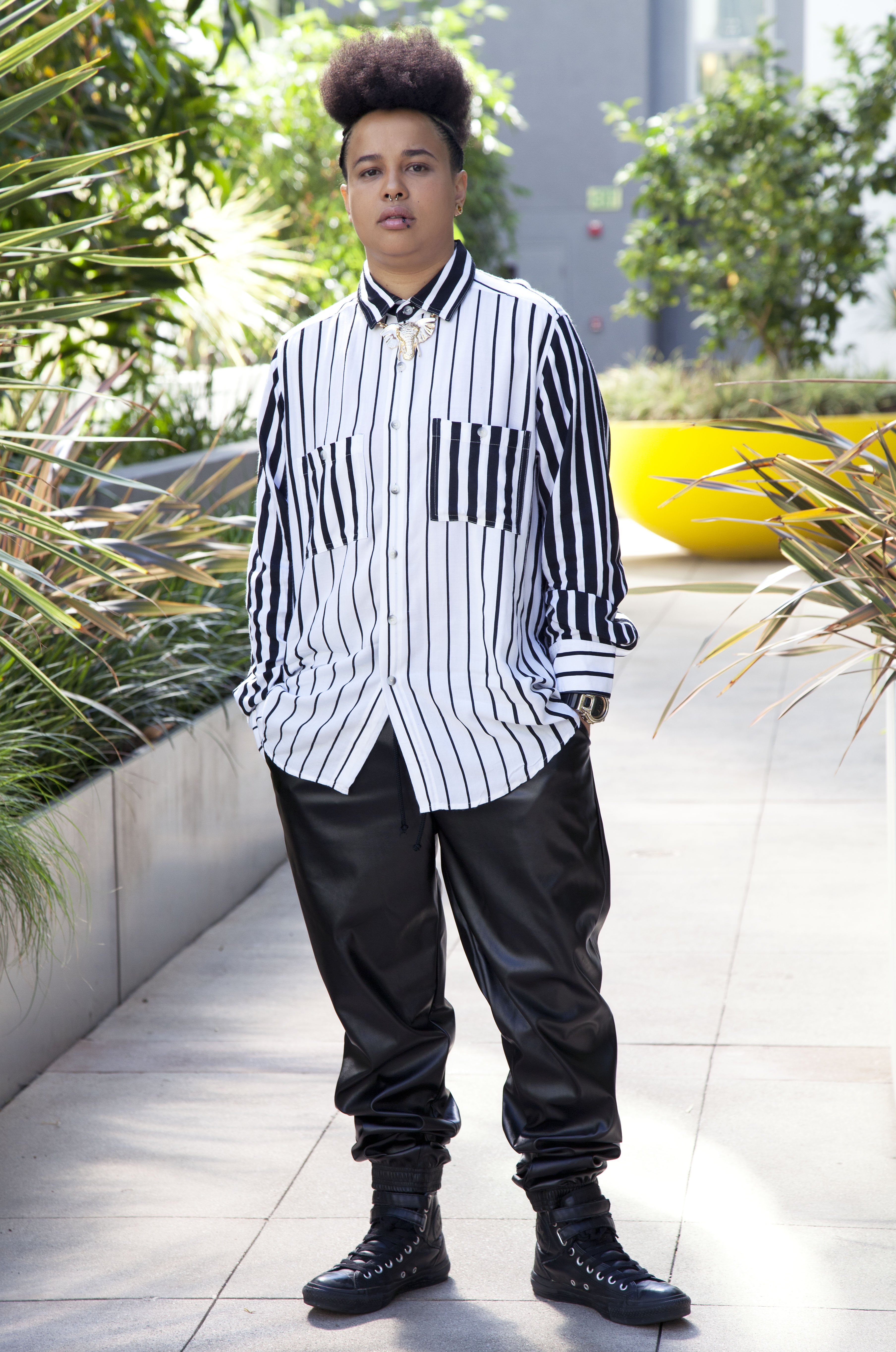 Cee: When/ where can we see you next?

DRK: I will be playing B.E.D, a Gay Mafia production. It’s a female queer artist showcase. Pretty awesome stuff going on in the LA queer community. Makes me so happy to see the women in the community really come together not just to drink and party but to support one another.​ A​nd ​San Francisco Pride.

Bio:
DiRTY RiCH KiDD is a Los Angeles native and premier rising DJ is one of the most musically versatile DJs you’ll ever hear. Her signature style of mixing hip-hop, pop, throwbacks and EDM along with delivering the newest tracks from the hottest artists spun together with live mash ups and vocal edits designed to take fans on a musical exploration, has landed her some of the most coveted gigs for a young DJ and multiple residencies. Growing up in a musically eclectic household presented broad musical exposure. It was natural for Dirty Rich Kidd to experiment as a musician and DJ growing up listening and learning from uncle Bobby Womack, celebrated singer/songwriter/musician for over 50 years and cousin Sheila E., 80’s icon, Grammy nominated singer/musician and Prince protégé. Roughly 10 years ago, armed with just a pair of CDJ’s and a broad catalog of music, mixing and mashing electronic beats with classic rock, pop and hip hop vocals was all done organically. No computer, no software, only music and an ear for great sound. Ambitiously taking cues from DJ AM, A-TRAK and GirlTalk while her heart beats to Bowie, Madonna, Kanye and 90’s grunge rock. Each week 100s of fans turn out in the club scene to hear what Dirty Rich Kidd has in store. Whether being spotted in the booth solo or alongside DJ pioneers Spinderella, DJ Carisma, (Young California), DJ Spark and Josh Peace, fans count on hearing their favorite sounds while being introduced to emerging artists from a variety of genres. Dirty Rich Kidd’s sets are not limited to the club circuit. Accustomed to being singled out for her unique style of mixing she had the honor of DJing the Lesbian Center launch party, Long Beach Pride, Dinah Shore Weekend and Los Angeles/WEHO Pride opening for Morningstar (Kylie Minogue DJ). She was the only female DJ featured at West Hollywood’s 2013 Pride Festival main stage Saturday night, West Hollywood Pride being the 3rd largest pride festival in the nation. Typically boy’s town, Dirty Rich Kidd’s hard and open format style of mixing landed her sets at both the main-stage and hip-hop stage that year. Dirty Rich Kidd now holds 3 club residencies throughout Los Angeles including the first all hip hop night in West Hollywood, Hip Hop Sundays at Eleven Nightclub. And she also throws her own successful monthly event, EBTthePARTY. Top DJs, producers and musicians such as DJ White Shadow (Lady Gaga’s DJ/Producer), DJSpinatik, Spinderella, Dam-Funk, and Trinidad James have recognized her drive and talent offering advice and supporting her growth as a rising artist. She was alsochosen to represent the voice of Los Angeles for Madonna’s Secret ProjectRevolution, a 17-minute film co-directed with Steven Klein, featured on Madonna’s official website and YouTube channel.